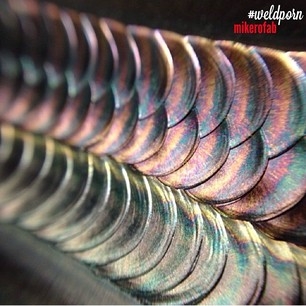 If you’re a weldor and you’ve lifted your hood and put the rods away long enough to go on the internet for a few minutes, then you’ve probably noticed the explosion of a phenomenon called “weldporn”. (And no I am not going to get into the fights between who started it, this weldporn site or that one, because who fucking cares.) Instagram is now flooded with close up shots of TIG welds, “rate my weld” sites, and competitions between “best weld” based on nothing but a picture beside a picture.

I get that it means weldors are taking pride in their work and artistry, and I am all for craftsmanship and improving. So yes it’s great and positive that weldors are connecting all over the world, sharing and promoting their love of the skill and the trade blah blah blah.

Stacking dimes? OK sure. Fine. You can make a beautiful looking TIG stainless weld. You can make it completely even, perfect, consistent. Yes, these are excellent welding skills and I’m not dissing them.

The problem for me is that welding isn’t just about looks. In fact, the quality of a weld often has absolutely nothing to do with how it looks. A beautiful weld that’s 1/4” out is still garbage. And a weld on a rusty piece of shit mangled piece of metal that makes it straight and whole again is still quality.

Before I was working for myself I used to always end up the repair man on pipelines and on big jobs. And the reason was a lot of nice looking welds that didn’t hold up under x-ray or over time. My welds did. And they do. But I’m not taking any pictures of them for #weldporn.

Why? Here’s the real question about a weld’s quality: Does it actually do what it’s supposed to do and bind two pieces of metal together at the molecular level? Or is it too shallow to do the job, and have flaws like grapes or porosity under that pretty line? Because yeah, sometimes the bead looks good and ALSO does what it’s supposed to do, but sometimes – it really doesn’t. The proof is actually in the parts that most people never see.

A lot of the shit I see in close up on weldporn sites is just for show. Sometimes it’s even just a pretty bead drawn on TOP of a piece of metal and doesn’t bind anything at all.

It’s just jerking off to yourself, in other words. Yeah, I said it.

Also, ask yourself this question. How many of your CLIENTS actually care? I’ve welded everything from skyscrapers to farm equipment, aluminum oilfield tankers to forged steel roses, and in all of that time almost none of my clients have ever given a shit what the weld LOOKED like. My welds could be super pretty and glow with the rainbows of a thousand metallic unicorn horns. But my clients don’t necessarily care. Sometimes they might, sure, if you’re making some high performance part or something. But usually they care a lot more about how long it took. They care about whether I used the most practical, efficient and cost-effective rod and welding process for the job. They care about whether the thing I made them actually fits, actually works, actually lasts. And above all, they care about the bill. That’s why not everything can be TIG stainless.

Even on pipe, where yes it does matter how the welds look for inspection, in the end it’s still about producing the most inches. You can be perfect and lovely but if you don’t get your inches out in a day you’re skidded just the same. And if you have too many repairs you’re skidded then too.

Ultimately, here’s the thing: I believe the very best welds are often the ones that no one ever sees, that vanish in the design of the product, only to be found by the few other master craftsmen who know where to look.

I mean, I get it, because I was you once too. I made everything perfect, I took the time to make it pretty, I got lost in the world of my own welds. You know what my bosses at the time said to me? Don’t gold plate the fucking thing. Quit fucking making it Cadillac when the client is only paying for a Honda Civic because YOU CAN’T MAKE MONEY THAT WAY. And they were right. It was a tough lesson, a blow to a young cocky ego, but it was a lesson worth learning, especially once I went into business for myself. A lesson I want to pass on to all of you guys blowing your loads over the latest #nofilter #weldporn #tigga #stackingdimes #whogivesashit.
You might be that lucky employee who has a job where they want the pin-up quality welds. But what weldporn forgets to teach is: not always. Not even usually. And while you might care more about competing with buddy over the Internet, the guy running the business you work for might not because it might not be making him any money. If that guy is you, it’s a question of knowing when to #weldporn and knowing when it’s not worth it.

More importantly, after over 20 years doing this, and 10 years in business for myself doing this, I know now that while the welding is important, it’s only one of many skills that make an all-around welder. A welder needs to be able to do the prep work of coming up with a design, picking the right material, making the right cuts and putting it together to it ends up square, straight, and sturdy; to take an idea from nothing and make it real, functional, and practical; to listen to the needs of the client and their budget, and choose a welding process and a material accordingly; to make ANYTHING out of metal. That’s what gets you work over time, and makes sure you keep it. Otherwise, you might as well be a florist and make things pretty.
If all you are is an assembly line making pretty TIG welds over and over with robotic accuracy, I have news for you – that means there’s almost no difference between you and a robot and one day you’re likely to be replaced by one. Learn to design and build things, though, and your career suddenly gains some longevity. Every single weld can’t be TIG stainless. But every weld can be a good weld.
Our welds are essentially the glue, the nails that hold everything together. Do carpenters take pictures of their nails, and brag about how straight they got them in a line, how pretty they look? Do their clients care? Fuck no. Maybe once in a while they are lucky enough to have a client who wants those beautiful dovetail joins in a custom piece and is willing to pay for it. But if they do that on a build where it isn’t required, they risk pissing off the client just as much as we do when we TIG for looks when MIG, SMAW, GMAW, or another process works just as well or better and takes less time and money.

We live in a culture obsessed with appearances so I guess it’s only natural that narcissism would start to be reflected in the welding trade. We’re cocky fuckers as a rule.

Ultimately though, that’s just shallow. And shallow is the one thing a weld should never be. 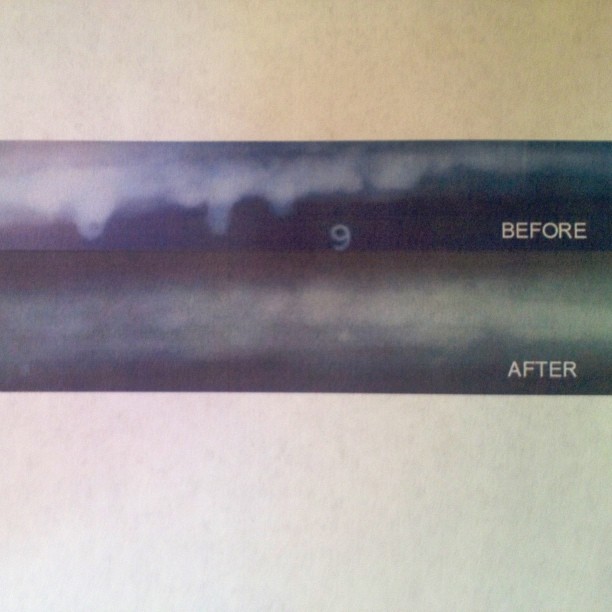