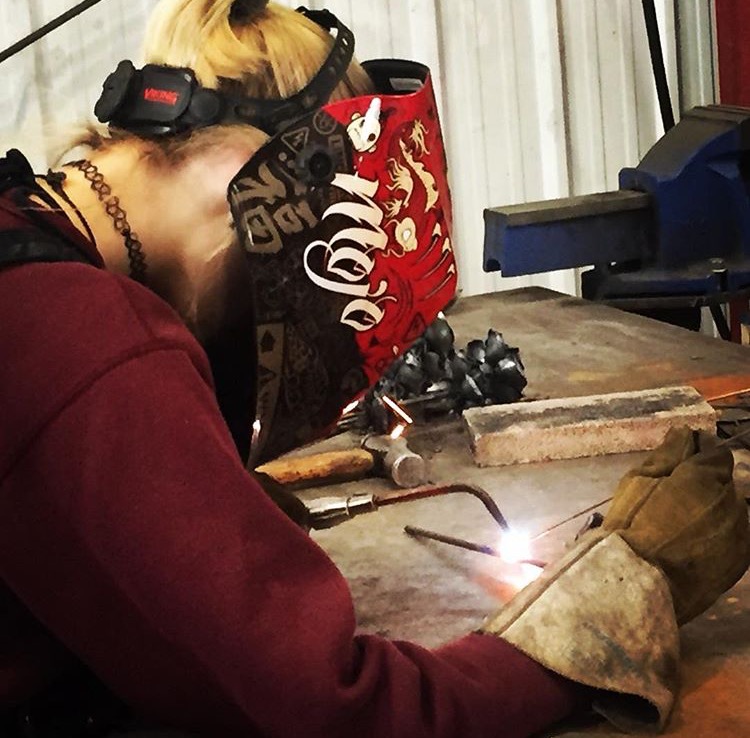 Trinity Thompson is a ticketed CWB structural welder. She earned her all position structural CWB ticket in October 2016, at the age of only 16, passing all four of her weld tests the first time. In 2015 she won Gold at the Skills Canada Regional Competition in Fairview, Alberta. She then placed 6th overall in welding in the province of Alberta. Trinity plans on attending college for welding in fall of 2017. She is currently working at Hell ‘N’ Back Welding with us, with support through the RAP Program at Glenmary High School, learning different welding processes and earning her hours as our apprentice. 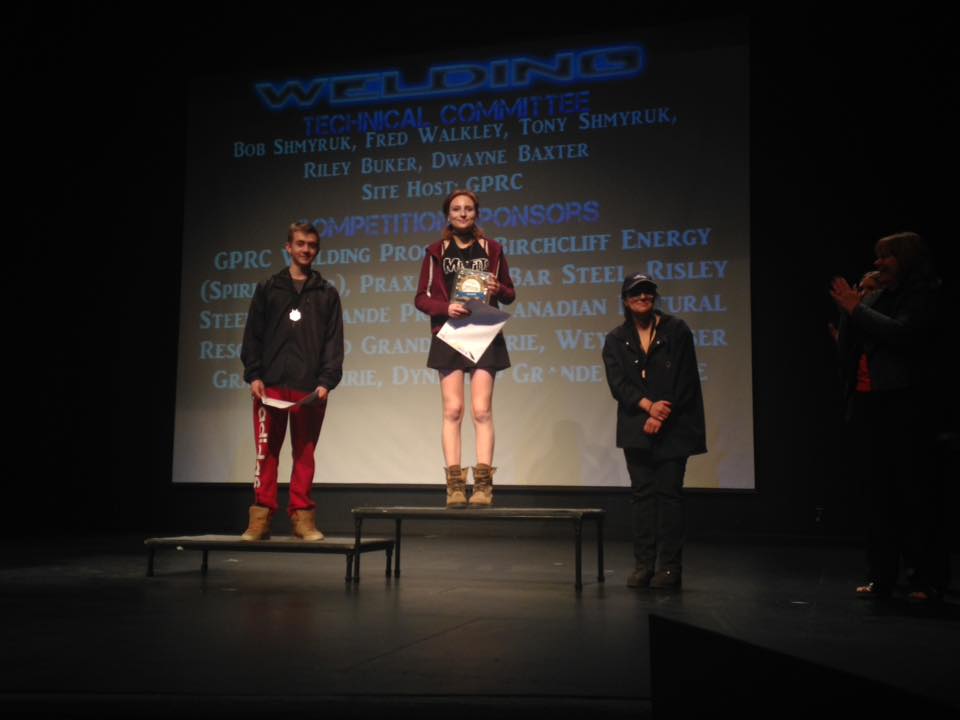 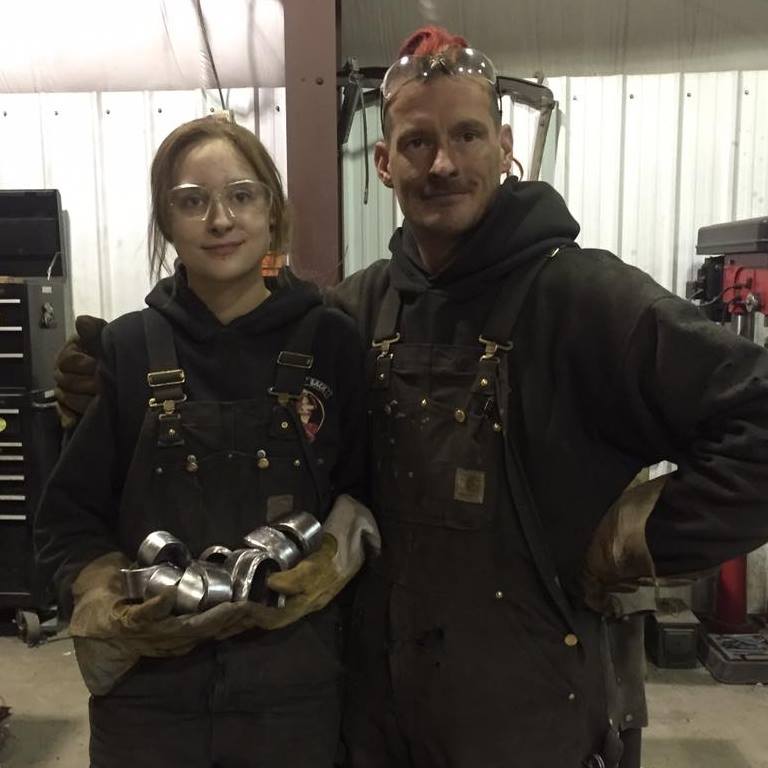 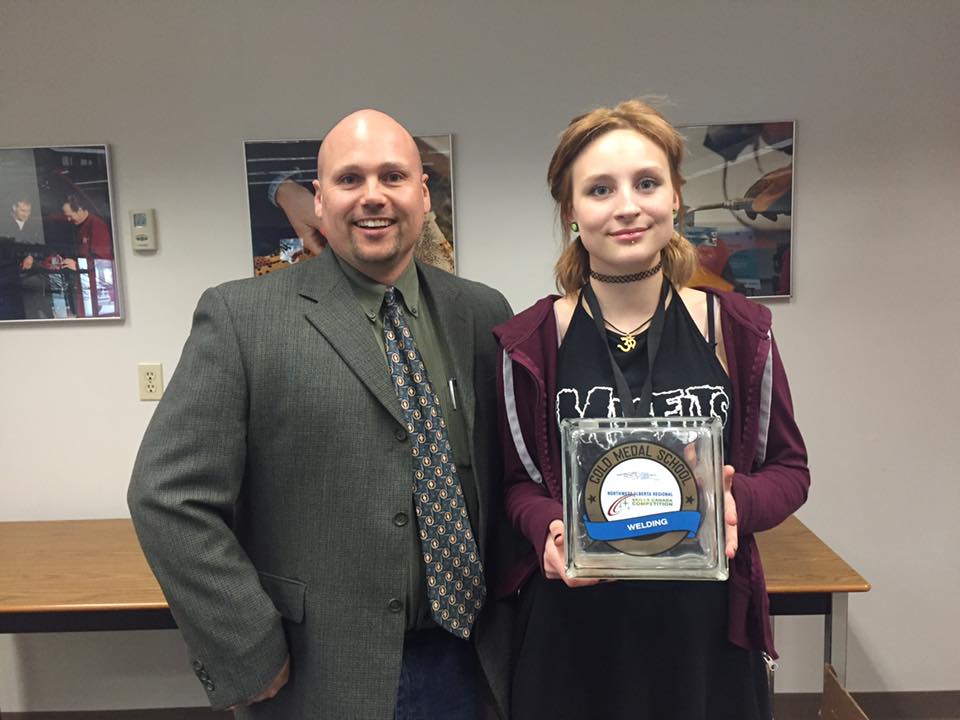 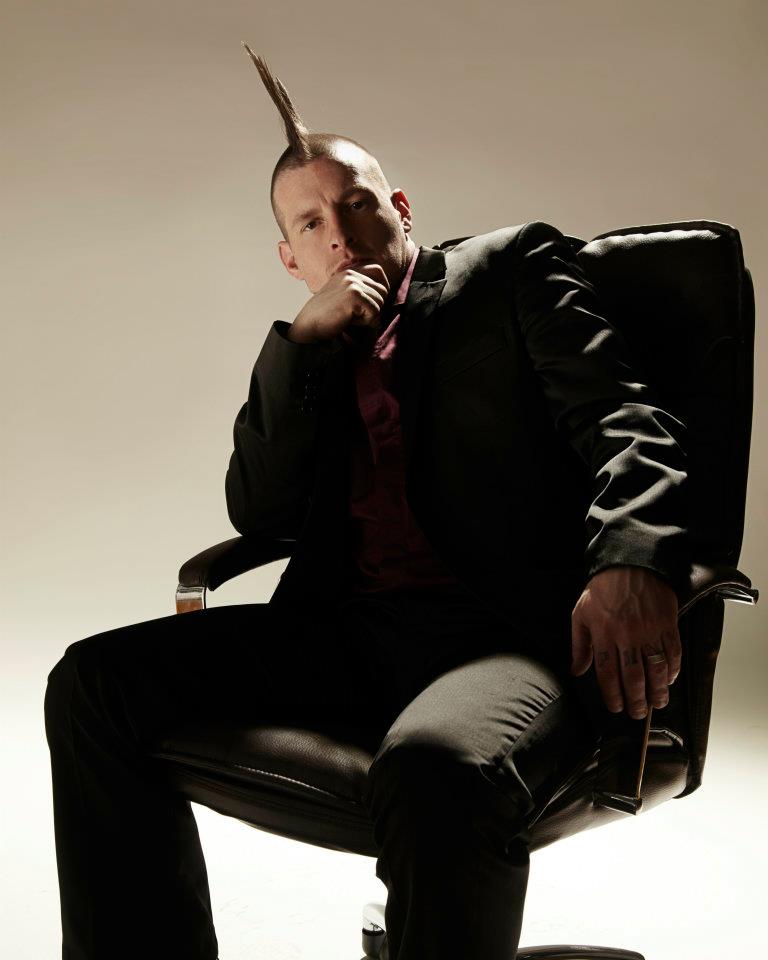 Doug has been metalworking since he was a young boy with dreams of becoming a blacksmith. His first business was making and selling custom knives at the age of 15. By 19 he was foreman of a crew of five weldors, designing and building prototype water cleaning equipment. He attended welding school at Fairview College and won the Alberta Construction Association’s W.A. Kermack Memorial Award for earning the highest marks in the province in his first year. He finished welding school at the age of 23 and became a journeyman weldor, earning his “B” pressure ticket shortly after. Doug is not only a weldor; he has the unique ability to create and design almost anything out of metal, whether a client has an idea on a napkin or engineered blueprints. After managing shops in Calgary and Peace River, Doug founded Hell ‘N’ Back Welding Ltd. with his wife Susan in 2004 so he could go into business on his own. The business started with a single portable welding truck, and has since expanded into custom fabrication and CWB certified structural welding. Doug has also given blacksmithing demonstrations at museums across the province, including Fort Calgary, the Sexsmith Blacksmith Museum, and the Grande Prairie Museum, as well as private demonstrations and workshops. Doug’s steel art is also in the private collections of former Alberta Premier Ralph Klein and Order of Canada recipient Mel Hurtig, and has been in art shows across Alberta. Doug is a master metalworker with a knowledge of techniques from over 100 years ago through to the most cutting edge welding techniques of today. Doug is an artist with metal. He is also a master of fire, performing professionally as a fire eater, fire breather, and whip specialist. He builds unique fire props for the family’s performance troupe, Circus of Hell. Doug’s family is the true light of his life, and he has worked hard to build the company so he can be home with his wife Susan and two daughters. 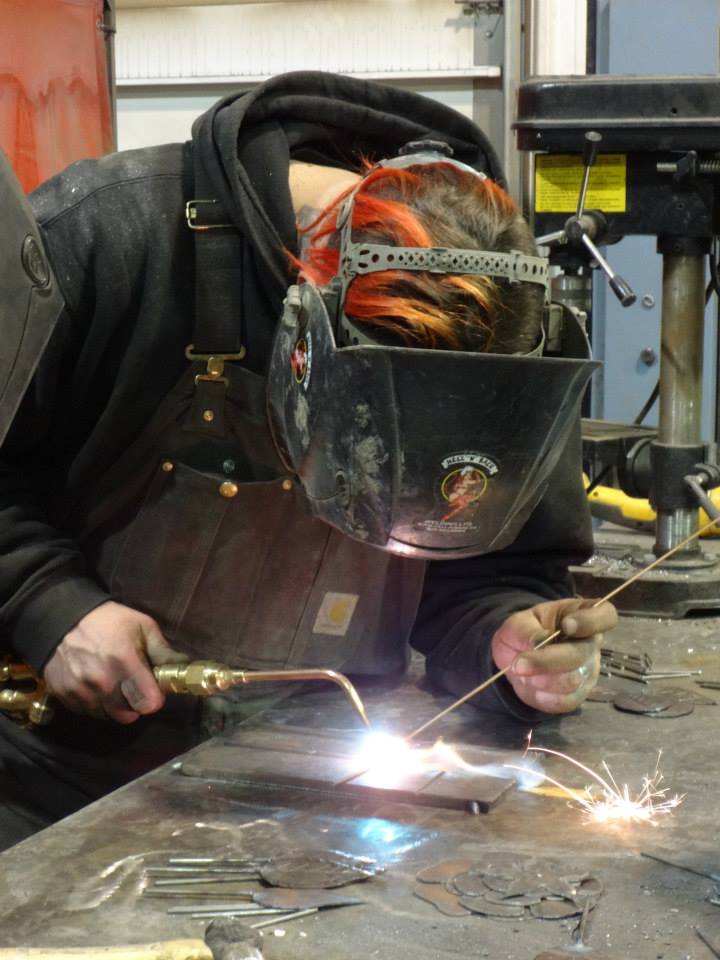 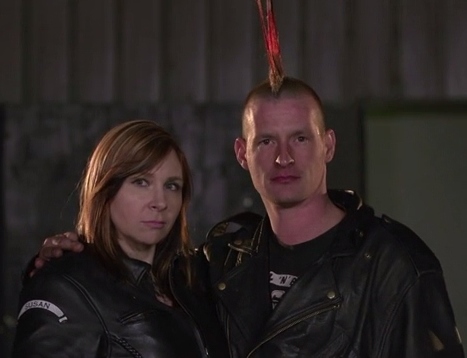 Susan works side by side with Doug to run the company and make the difficult decisions that come with being an entrepreneur and business owner. She has a degree in Honours English and a background in journalism that has developed into a passion for marketing. She has developed Hell ‘N’ Back’s unique brand from the ground up. And of course she is the proud Mom of the Thompson’s two daughters, Trinity and Aurora, who often help out in the shop.